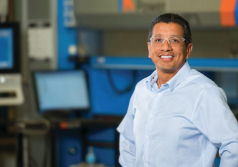 More Articles
ULTRAFRYER SYSTEMS REACHES GLOBAL MARKETS WITH ITS MANUFACTURING PROWESS
Prev
Next
If you enjoy what’s served up at some of the leading food concepts such as Popeye’s Louisiana Kitchen, Dairy Queen, and Pappadeaux Seafood Kitchen, you can thank a local manufacturer that has quietly been powering their kitchens. As it turns out, a significant portion of the deep fryers widely used throughout the food industry are made here in the Alamo City by a company well-known in the local manufacturing community. Tucked away in a modest building on Interstate-10 and Vance Jackson Road, Ultrafryer Systems Inc. quietly achieves multi-million annual revenues of commercial grade deep fryers every year. Ultrafryer Systems makes all its products at its northwest San Antonio headquarters, where the company has developed a solid reputation in the restaurant business over its 48-year history, Vice President and General Manager, Santiago Ramirez said.

“Our gas and electric fryers are rated best in class throughout the food service industry for our superior oil management, energy efficiency, long service life, and quick recovery times,” Ramirez said. Along with the core fryer product that is manufactured at Ultrafryer Systems, the company also holds a multi-million- dollar contract with the government supplying portable field range ovens for the military.

According to Ramirez, the key to Ultrafryer’s success comes from the employee’s passion and engagement to deliver quality products around the world. With over 100 associates, the company has created a unique vision not directly tied its products, but more focused on its employees and community. Ramirez believes that by striving to become an employer of choice, it is important to focus on what really matters, the employees that make it all happen. The company adopts a philosophy on what they refer to as “building resumes, one-team, improving lives.” “When our leaders embrace this idea, they embrace a culture of communication, training, and mentoring, all of which are foundations to our steady growth,” Ramirez said.

SAMA has played an important role to this strategy as the company has taken advantage of the many training events hosted by the association such as Lean Training for Supervisors, plant tour events, and lunch and learns. Ultrafryer also participated in MFG Day, an annual national event opening its doors to local schools, government officials, press and local community. Ultrafryer Systems made headlines in trade publications when Standex International Corp. (NYSE:SXI) bought it in June 2014. Being part of a larger conglomerate has allowed Ultrafryer Systems to attract capital investments for plant improvements and automation including a state of the art brake press and a laser cutting machine. Later this year, the company will be installing its first welding robotic arm to further improve its efficiency and customer deliver. Ultrafryer Systems is also focused on leading edge technology by leveraging its strong Engineering capabilities. Currently, the company has several new product development projects underway that will further solidify the company as a powerhouse in the foodservice industry. 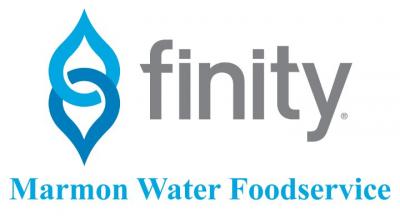 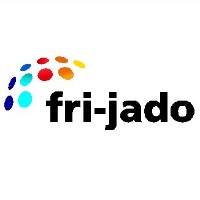 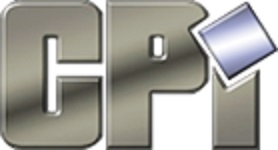